Go Behind One28, the App that Simplifies Song Requests

In less than three months, the DJ song request app One28 has spread from the MK Club in Monte Carlo, where DJ Chris S took over 50 song requests the first night, to clubs across Southern Europe before landing in August at the Faena Miami in the United States. The app, which streamlines the communication of song requests between DJs and audiences, helps partygoers to hear their favorite songs and have a more memorable night on the town. As is so often the case with successful startups, the concept behind One28 is simple and appeals to a large audience, in this case anyone who likes to listen to music. CEO Adrien Crastes and CFO Alexandre Coyette, the co-founders of One28, let us in on the story behind the app that is being used by DJs and clubgoers on two continents.

The two men have been friends for many years, and their respective abilities are the driving force behind One28. Adrien is a former D1 tennis player and math major at Bucknell who is now studying actuarial mathematics at Institut de Science Financière et d’Assurances. Adrien came up with the idea for One28 and used his mathematical skills to engineer the app and to offer valuable statistics and inferences to clubs on their guests. Alexandre, an avid clubber, was born and raised in Monaco, giving him all the connections needed for the app to be successful.

Adrien and Alexandre first got to work on transforming the club scene by identifying an unmet need.

“We all know how much technology is improving the entertainment industry,” says Adrien. “However, the fact remained that people still struggled to communicate their song requests in clubs and at parties. The music was too loud, the room was too dark – whatever the problem was, individuals couldn’t tell DJs what they really wanted to hear.”

There is, of course, no shortage of excellent music being played by DJs. The problem, however, is that what one person considers to be a great song can be different from other people. 128 beats per minute, the idea behind One28, is how fast a person’s heart beats when they hear their favorite song. Without an efficient way to ask for that Michael Jackson or Rihanna song, audience members may have a great time in a club – or not.

“Alexandre and I decided to solve this problem by creating One28,” says Adrien. “With the One28 User App and One28 DJ App, DJs and clubbers can easily communicate no matter how far apart they may be.”

Using the One28 app on their phone, a person can request a song from the DJ, who retains full control over the song list for the evening. If a song request is denied, the requestor can receive a full refund or submit a different request.

Alexandre says that they have invested relatively little in marketing, relying instead on word of mouth among the DJ community. “DJs are a pretty tight bunch and talk to each other as they work in different clubs,” he explains. “When DJ Chris S was happy, he told other DJs, which led to the One28 app being used at the Twiga Monte Carlo, the Maya Jah Monte Carlo, and other clubs in Corsica, Nice, Marseille, and Cannes.”

As the app continues to grow in usage across Southern Europe, Adrien and Alexandre are expanding into the United States and have plans for the United Kingdom.

“America’s club scene is legendary, of course, and we are excited about taking it to different cities, including New York and LA. With so many college towns around the country, we can see it expanding to Boston, Seattle, and other locations. We are being strategic about where we launch so that it can gain the most momentum,” says Adrien. “The UK is attractive, also, as London and Edinburgh in particular have great nightlife.”

To aid this expansion, One28 has begun accepting GBP, USD, and EUR for payments and payouts to DJs. It has also released its web app and is developing its Mac OS DJ app so that more DJs and audience members can easily communicate with each other.

“Our biggest goal at One28 is for clubbers to know they’re going to have fun the moment they walk in,” Alexandre states. “People are now going to be on the dance floor no matter what time it is, having a great time and enjoying music that makes them feel alive.” 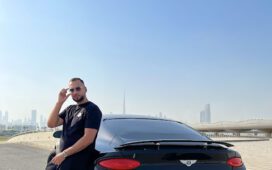 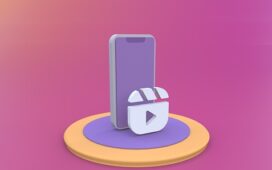 Trollishly: 9 Authentic Ways To Get Free Likes On Instagram Reels In 2022 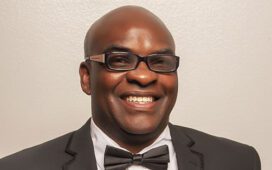 How This Social Entrepreneur Is Helping People – Valentin Luboya 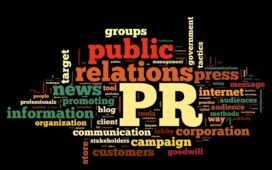 Things You Didn’t Know About PR Agencies: How They Work, What Services They Offer, and More

Track Your Containers With A Smart Container Tracking Tool

5 Reasons Why Wool Mattresses Are A Good Option

How to Start a Fabrics for a Business